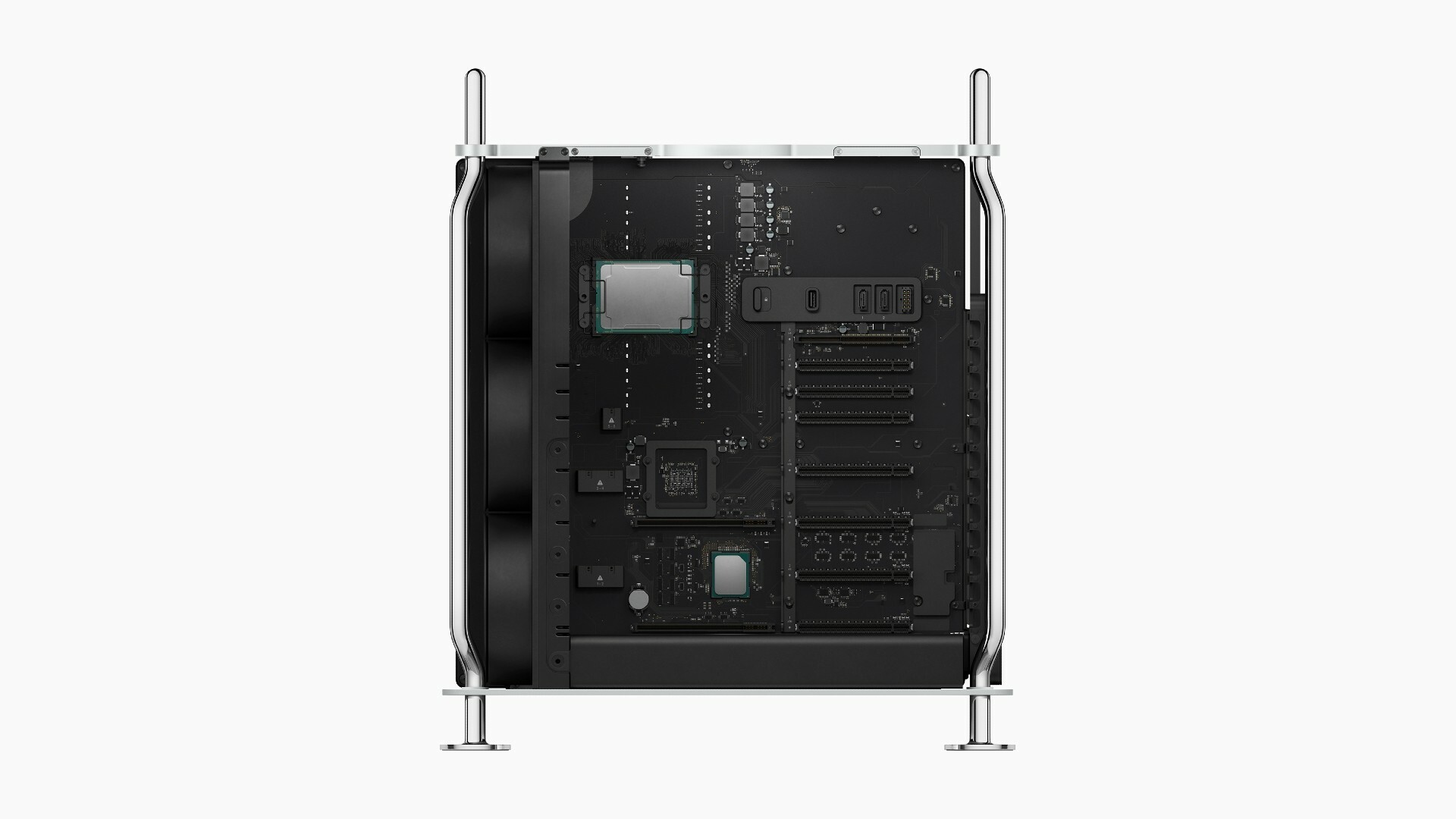 When Apple launched its first MacBooks with its in-house M1 chip, back in June 2020, company CEO Tim Cook said all Macs would run on Apple silicon within two years.It hasn’t exactly happened. Apple did switch to M1 and M2 chips in most of its lineup, but the company’s most powerful machine, the Mac Pro, can still only be configured with Intel processors. According to a new report by Bloomberg, this is because Apple is building a slightly different new Mac Pro than originally envisioned. The company first planned to build the Mac Pro around the M1 chip, with two main configurations: One as powerful as two M1 Max chips combined, and another as powerful as four M1 Max chips combined. The first of those chips eventually saw the light of day in the Mac Studio as the M1 Ultra, but the Mac Pro was pushed back for a later date. At that point, Apple thought about building the Mac Pro around the new “M2 Ultra,” and its most powerful chip ever, the “M2 Extreme”.That last chip would have 48 CPU cores and 152 graphics cores, and it would be an absolute beast, but Apple decided that a Mac Pro based on this chip would likely be a niche product, and prohibitively expensive (starting at $10,000) for most buyers. All of this brings us to Apple’s current plans, which are reportedly to build the Mac Pro only around the M2 Ultra. Like its predecessor, it should also be a versatile machine, with options to expand the memory, storage, and other components.

Other new products Apple is working on inlude a new version of the Mac mini, running on either an M2 or an M2 Pro chip; new 14-inch and 16-inch MacBook Pro laptops, with a choice of M2 Pro and M2 Max chips, and (possibly) a new iMac Pro with Apple silicon. Finally, Apple is also working on successors of its Studio Display and Pro Display XDR. Launch timing on these products may be very different, though. The new MacBook Pro laptops should arrive “early next year.” There’s no word on when the new Mac Pro, Mac mini, or iMac will arrive, although it sounds like they should become available sometime in 2023. As for the new standalone displays, they’re likely to launch alongside the Macs that they’re best matched with.