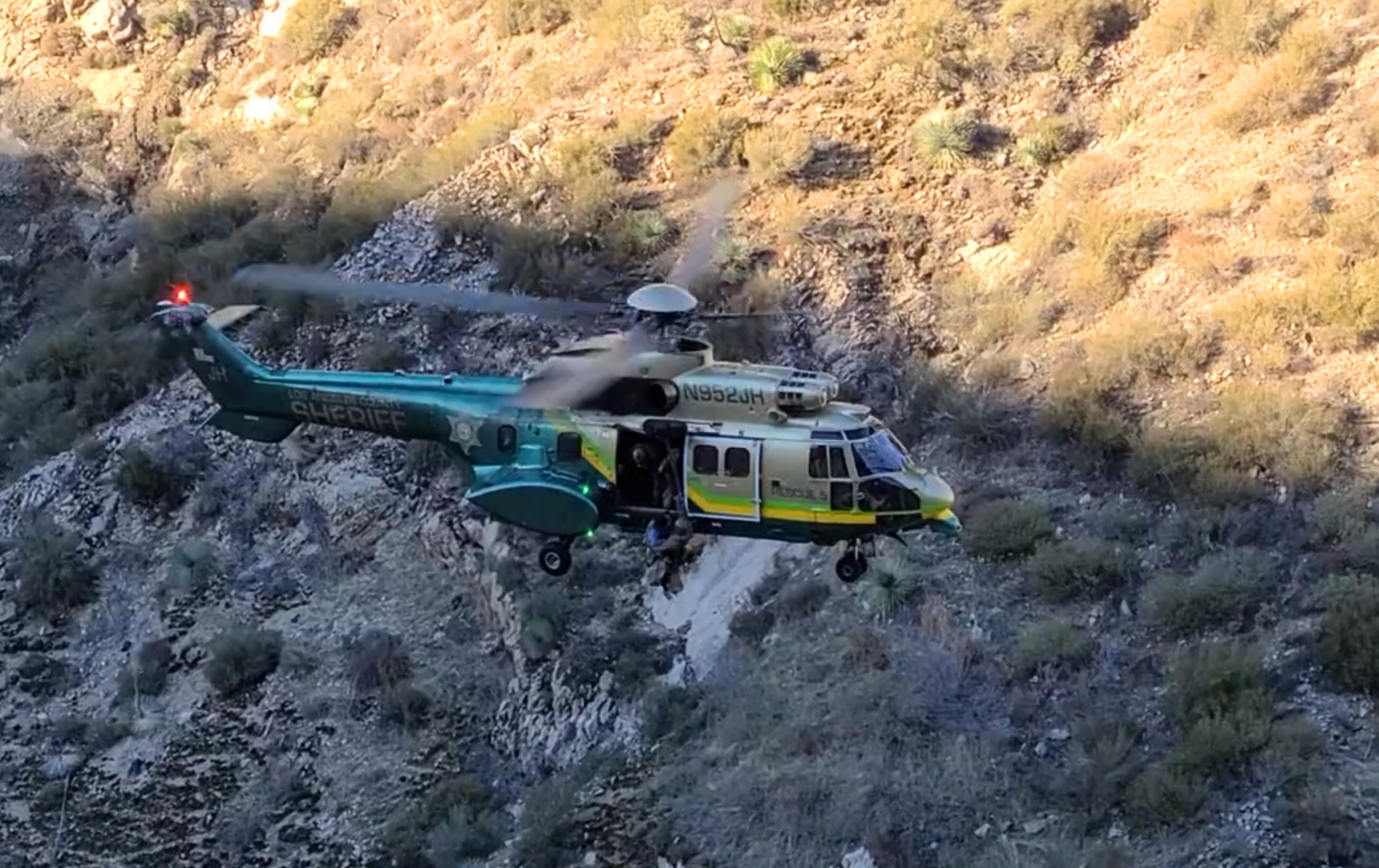 As related by the Montrose Search & Rescue Team, which conducted the operation, two people were in a vehicle driving through the Angeles National Forest yesterday afternoon when their car went off the road and “off the side of the mountain, approximately 300′.” The impact was serious enough to strip the front bumper off the car, which seems to have then tumbled or slid into a narrow valley well below the highway. With no cell coverage (they were about 19 miles into the forest) and possibly injured, the pair made the decision to try out the new satellite communication service introduced in September for the iPhone 14 and 14 Pro. The service requires users to point their phone at a passing partner satellite, and when a connection is established their location is sent along with any circumstances, like whether someone is hurt. The message goes to a relay service, which then passes it to the appropriate authorities — in this case LA county fire department, sheriffs, and the SAR team in Montrose. (I’ve contacted the team to see how the experience was from their end and will update if I hear back.) “The call center gave us an accurate latitude and longitude for the victims,” wrote the rescue team. “[Helicopter] Rescue 5 was able to locate the victims and insert a paramedic. The paramedic learned the patients, a male and female in their 20s, had mild to moderate injuries. The helicopter was able to hoist the victims out of the canyon and transport them to a local area hospital.” Apple’s service is just one of several ways people may soon be able to use satellites directly from their phones. Lynk promises a regular exchange of data for SMS and emergency alert purposes, and T-Mobile is partnering with Starlink to enable something like that for subscribers as well. Apple’s Emergency SOS via satellite prompts rescue after car goes off a cliff north of LA by Devin Coldewey originally published on TechCrunch