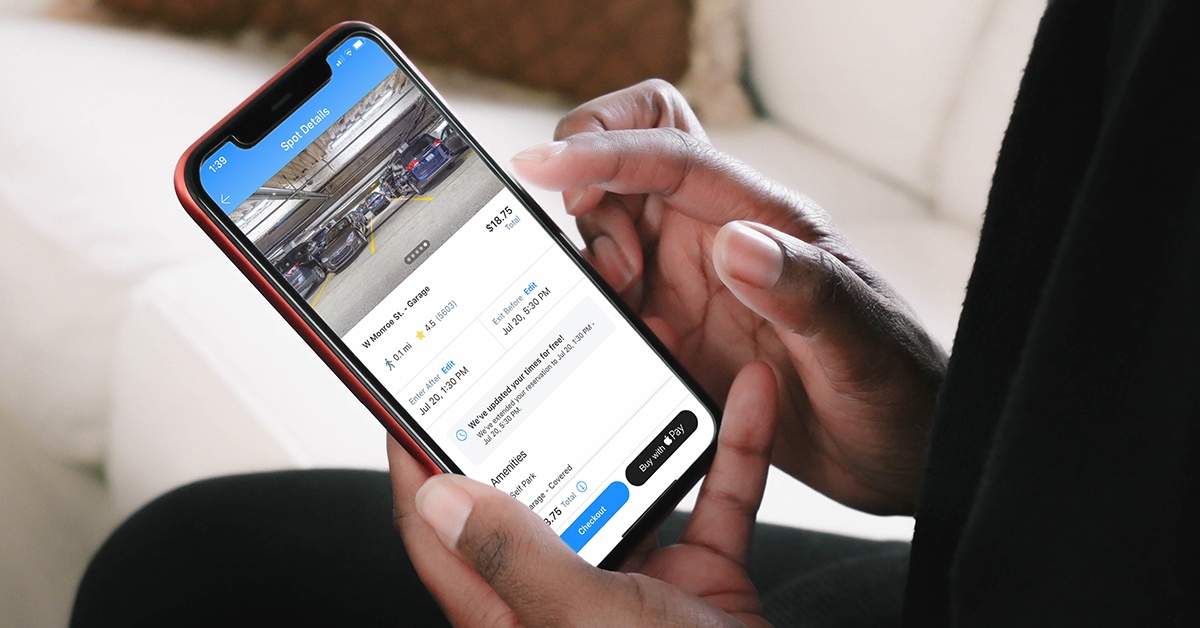 To use the new feature, launched late last week, iPhone and Mac users can search for a destination in the Apple Maps app and then select “More” and “Parking.” They’re then directed to the SpotHero website without leaving Apple Maps. Users can search for nearby parking and reserve a space using SpotHero’s secure payment options, the parking platform claims. SpotHero also allows users to filter their search by date and time as well as parking spots with EV charging, wheelchair accessibility, valet services and more. Missing Attachment SpotHero, a Chicago-based company founded in 2011, connects drivers in more than 300 cities across North America to thousands of parking spaces. Its dataset of parking facility details, photos and reviews aims to help drivers find the best parking option available. “We’re constantly identifying new ways to bring easy, affordable parking to drivers. Working with Apple Maps is one way we’re doing this. Through our new integration, Apple Maps users can discover SpotHero parking right in the Apple Maps on iPhone and Mac,” SpotHero CEO & Co-Founder Mark Lawrence told TechCrunch. The SpotHero integration is a notable move for Apple and the multibillion-dollar parking industry as a whole. As of 2020, parking generated $131 Billion in direct revenue, according to the National Parking Association. However, less than 2% of parking is digitized. It’s important that major tech companies like Apple integrate parking technology into its apps. For instance, Google partnered with another parking platform, ParkMobile, to let users pay for parking using their voice. The new feature also marks another step towards Apple’s goal of having Apple Maps be the go-to source for navigation. Apple Maps has launched a ton of upgrades in the past few years, including “multistop routing,” which lets users plan out their stops before they travel as well as more detailed maps, 3D view, AR experiences and more. Apple Maps teams up with parking app SpotHero to give users access to 8K parking options by Lauren Forristal originally published on TechCrunch