Apple gave up on AirPower, but Tesla now has its own version 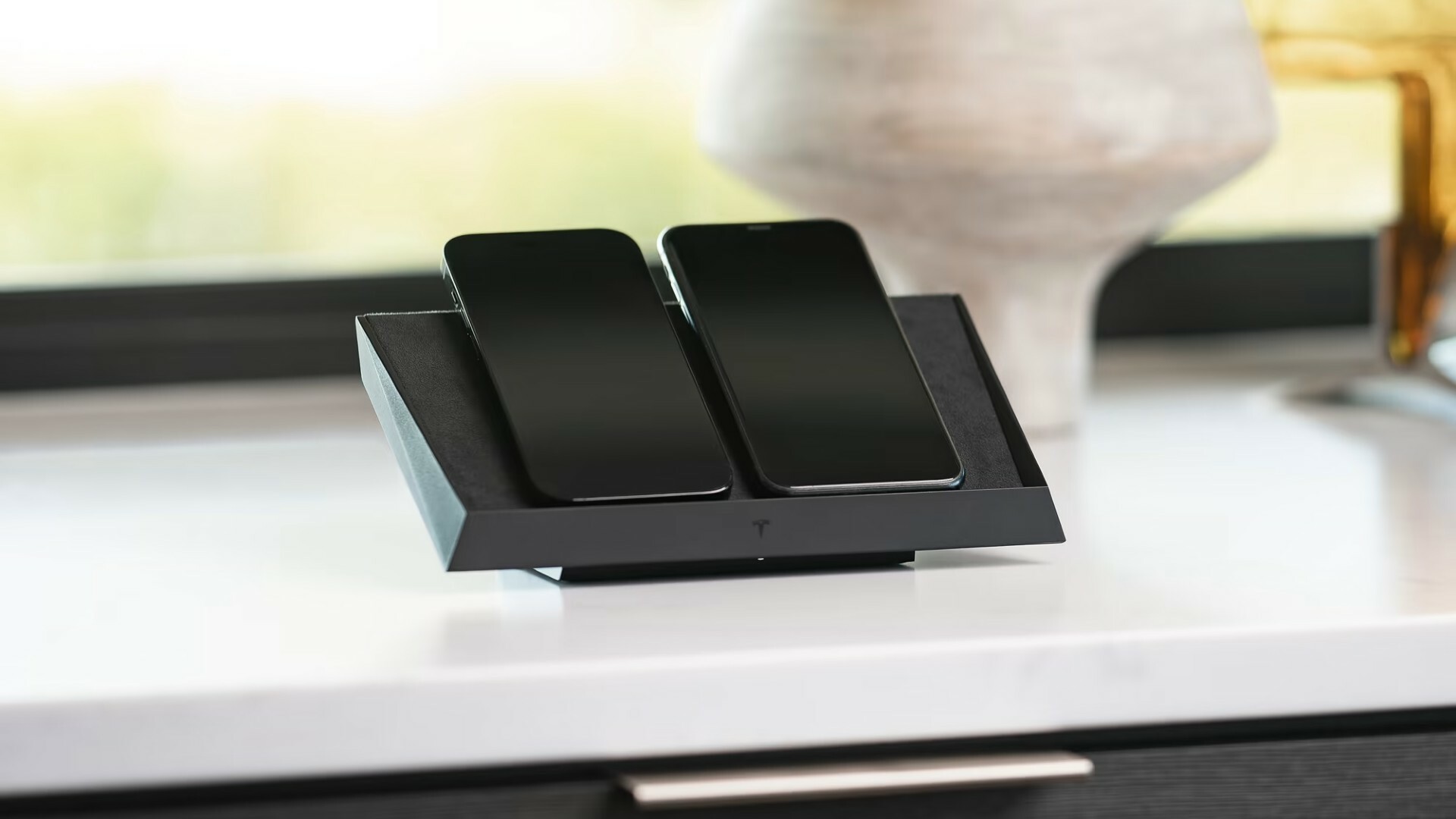 Apple originally announced its AirPower, a charging mat that can charge three devices at once, in 2018. After a year of delays, the company finally publicly admitted the AirPower isn’t happening, and it never saw the light of day despite some reports that Apple is still working on it. But a charger similar to AirPower comes from an unlikely competitor: Tesla. On its website, Tesla recently started selling a device called the Wireless Charging Platform (who comes up with these sexy product names, we wonder?). It, you guessed, is a wireless charging platform that can provide up to three devices with 15W of power simultaneously. With a design that Tesla claims was inspired by its upcoming Cybertruck, the Wireless Charging Platform consists of an aluminum housing, an alcantara surface to place your gadgets on, and a detachable magnetic stand, allowing you to either place the charger flat or at an angle. Most importantly, it features FreePower tech which allows you to place your gadgets (which have to be Qi-compatible) anywhere on its surface, without precise alignment. (Side note: Hopefully this tech one day reaches Tesla cars; I’m sick of having to perfectly align my iPhone on the Model 3’s wireless charger for it to start charging.)images-1.fill_.size_2000x1304.v1671783246 Tesla apparently took another cue from Apple when it set the price for the Wireless Charging Platform at an eye-watering $300. You can purchase the Wireless Charging Platform now, but it will begin shipping in February 2023.