Antaris predicts the future of the space economy at TC Sessions: Space 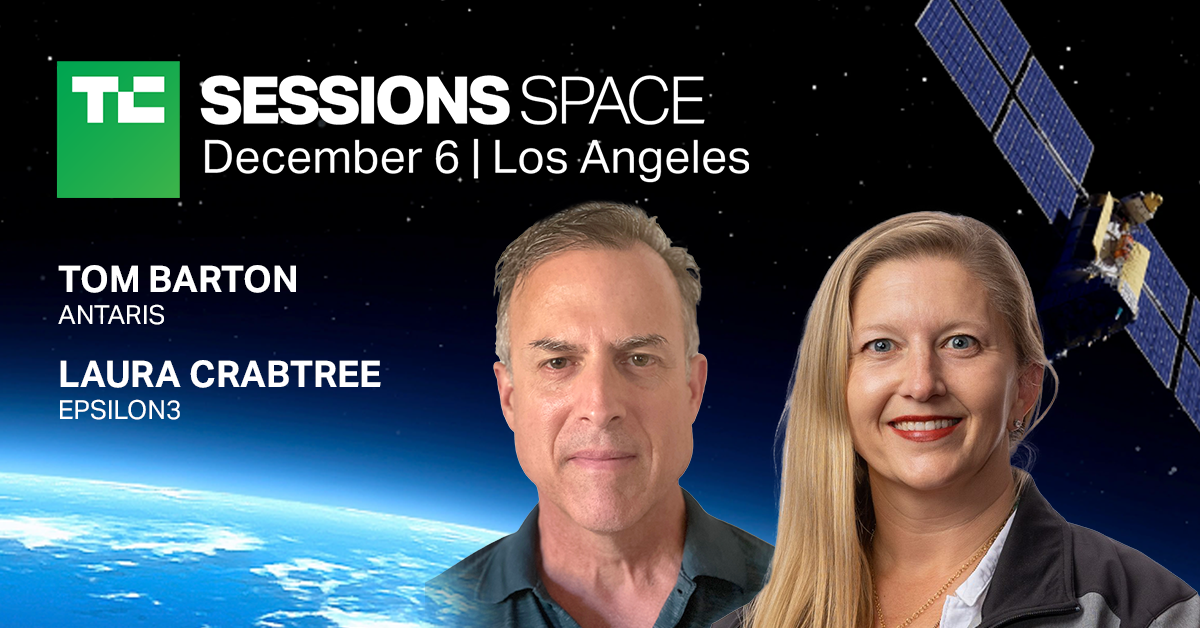 A word (or two or three) about our partner companies. They play a vital role at TechCrunch events. As subject-matter experts, they show up and present sessions with relevant content designed to help early-stage founders succeed. And yes, we’re about to showcase one of them. Beat the price hike: The moon is not made of cheese, but if you act quickly enough, you’ll save a chunk of cheddar. Buy a $199 pass before December 2 at 11:59 pm (PST). The price goes up to $495 at midnight, December 2. Today, we’re excited to highlight Antaris, a cloud-based satellite software platform dedicated to simplifying satellite design and deployment while reducing cost and time-to-orbit. Be in the room when Tom Barton, co-founder and CEO at Antaris, and Laura Crabtree, co-founder and CEO at Epsilon3, take the stage for a session called, “Hardware? What’s That? Why Software is the Future of the Space Economy.” Launch gets all the press, but satellites and the software behind them are the workhorses of space. Barton and Crabtree — both spirited founder/CEOs — will talk about how SaaS, open source and cloud-based platforms are revolutionizing the satellite industry and accelerating the space economy. They’ll also discuss what it’s like to be first-time founders, what it really takes to put good code into space and share tips for fellow spacepreneurs. Tom Barton is the co-founder and CEO of Antaris, an early-stage satellite software innovator. Barton and his team created the company in 2021 with a vision to revolutionize Software for Space — including leveraging open APIs and open source to dramatically reduce costs and time-to-orbit for satellites. Antaris, widely considered a New Space disruptor for the satellite ecosystem, is backed by Lockheed Martin Ventures, Acequia, Possible Ventures and E2MC. Barton previously served as COO of satellite leader Planet Labs for three years and was a member of the leadership team responsible for putting the largest imaging satellite constellation in history into orbit. Barton was also CEO of Diamanti, Rackable Systems and Cygnus Solutions, and he has held senior leadership roles at Red Hat and Lightspeed Venture Partners. He holds both a B.S. and M.B.A. from Stanford University. Laura Crabtree is the CEO and co-founder of Epsilon3, a software platform for complex engineering, testing and operational procedures. Among the initial members of the operations team for SpaceX’s Dragon spacecraft, Crabtree helped put the U.S. back in the human space-flight business. She wants to continue to revolutionize the space industry, beginning with operational tools. TC Sessions: Space takes place on December 6 in Los Angeles. Buy a pass for $199, and then join us — and our partners — to learn about the latest space tech, network for opportunities and build a stronger startup to the stars. Is your company interested in sponsoring or exhibiting at TC Sessions: Space? Contact our sponsorship sales team by filling out this form. Antaris predicts the future of the space economy at TC Sessions: Space by Lauren Simonds originally published on TechCrunch