Announcing the agenda for TechCrunch Sessions: Space in Los Angeles 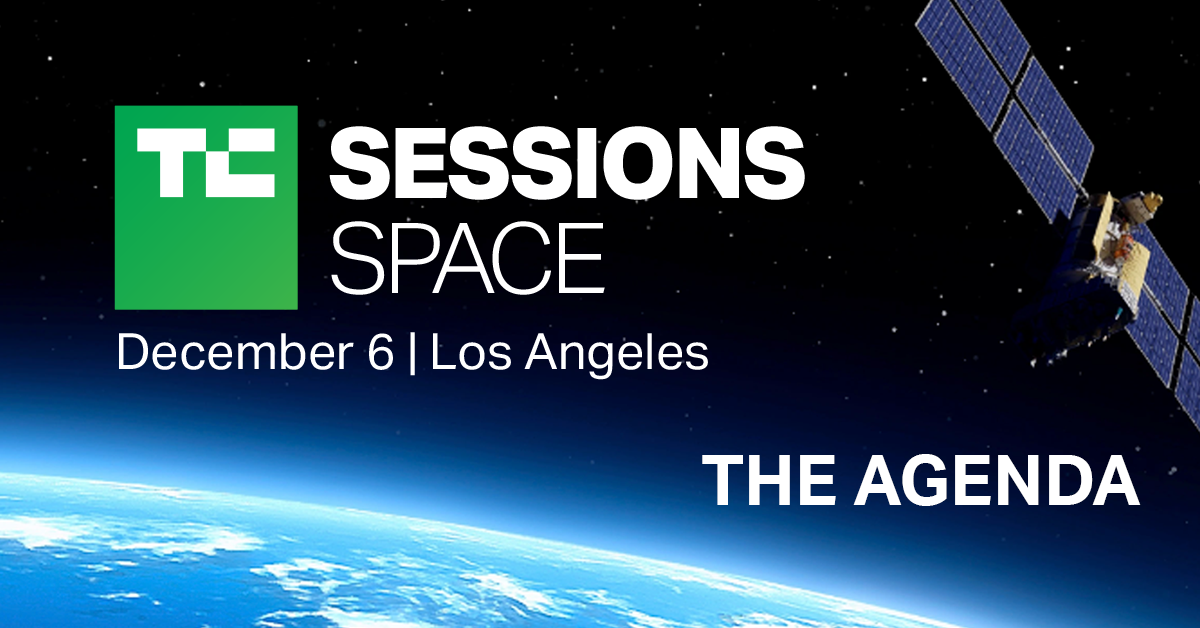 Happening December 6 — our third dedicated space event. This is a live, in-person event featuring the most influential people in the space industry, across the public, private and defense sectors. This year saw the commercial space industry undergo a lot of change, including significant consolidation and new entrants in the orbital private launch category and a renewed focus on public-private partnerships in the realm of national defense. It was a year of expansion in some cases and of contraction in others, including in the realm of venture spending on the sector. We also saw dramatic changes to international relations, threatening even our long-standing cooperation with Russia on orbital science. We’re thrilled to be hosting Thomas Zurbuchen of NASA; Frank Calvelli, Assistant Secretary of the Air Force for Space Acquisitions; Carolyn Mercer of NASA; and many more. In addition to the firesides and panel discussions on the main stage, the event will also include networking, startup exhibits and the chance to connect with attendees from around the world. It’s a packed day already, but we’ve got some extra surprises in store, so keep an eye on the website over the coming weeks for more great speakers and sessions we’re adding.

With VC spend cool in general, and particularly when it comes to space-related startups, what are the current priorities of investors who have backed space startups in the past? If we’re settling in for a relatively long economic downturn, what should startups expect from private space capital looking ahead to 2023?

The commercial space sector has succeeded in driving down the cost of space-based technology while massively increasing its capabilities. The U.S. defense apparatus has traditionally favored legacy industry partners, but it’s shown a growing interest in turning to startups and new space companies to secure the space domain for the U.S. and its allies, and we’ll hear why and how from Frank Calvelli, Assistant Secretary of the Air Force for Space Acquisitions and Integration.

Gearing Up the Next Generation of Scientists, Explorers and Robots

As Chief Technologist of NASA’s Science Mission Directorate, Carolyn Mercer has her finger on the pulse of countless projects to explore and understand our planet and solar system. As priorities and methods shift in the Artemis era, Mercer can speak to how tech helps us move forward, and what NASA’s unique insights and well of talent can put it to use.

The industry’s brightest entrepreneurs will take the stage in front of a live audience and a panel of industry experts, pitching revolutionary technologies.

Space Workforce 2030: Inspiring, Preparing and Employing the Next Generation

The dawning space age offers enormous opportunities to explore new frontiers, grow the economy on orbit and strengthen our security. Making the most of this momentous time calls for an innovative workforce that can leverage diverse experiences and perspectives to solve the hard problems we’ll encounter. The Space Workforce 2030 pledge is a first-of-its-kind effort launched earlier this year that is bringing together more than 30 of the country’s leading space companies to work collaboratively to increase diversity across our industry to build a vibrant workforce for the future. Hear from space leaders about the work they’re doing to inspire, prepare and employ the next generation of scientists and engineers and how you can play a part in supporting this vital mission.

After 6 years heading up NASA’s Science Mission Directorate, Thomas Zurbuchen is a familiar face to anyone who has followed the agency’s many interplanetary and orbital missions. Now ready to move on to his next chapter, Zurbuchen will speak to how NASA, its mission, and the science it performs are changing — but more important than ever.

Striking a Balance in Dual Use

As commercially developed space technology becomes increasingly common in government and defense operations, companies face the question of how closely to embrace that side of the industry. How can startups and growing companies better understand and navigate the complex world of dual use?

Building Out Commercial Operations in Orbit