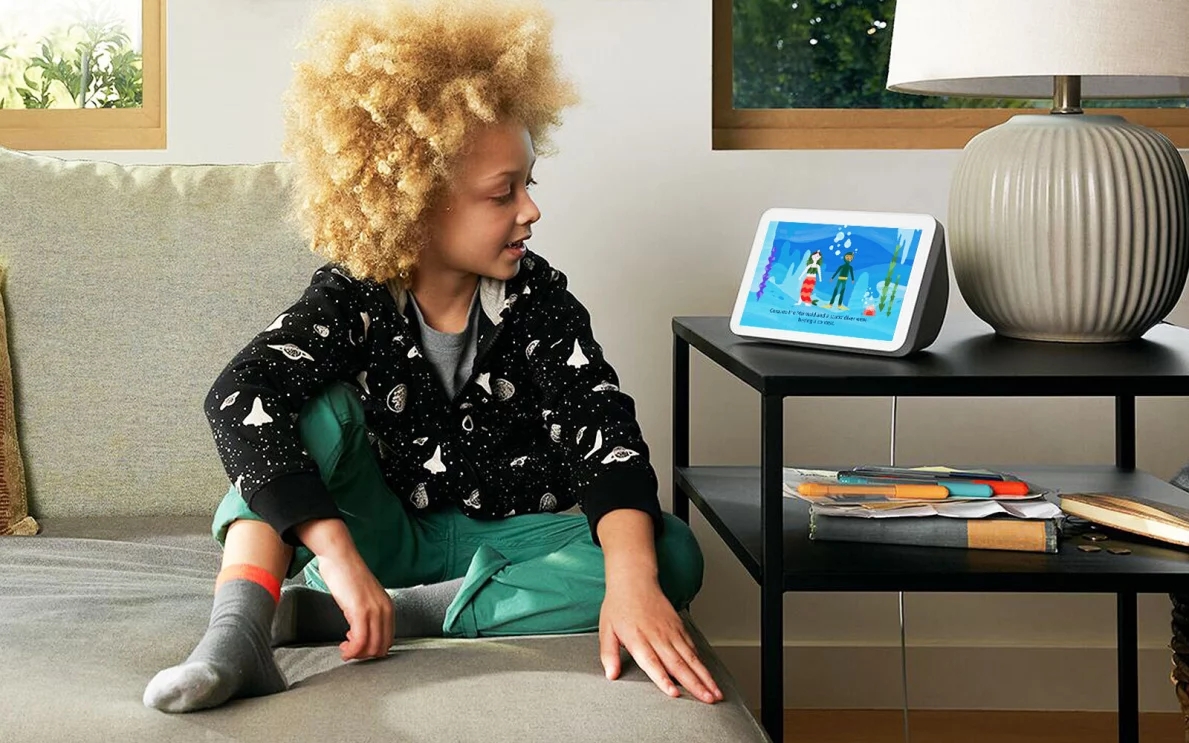 To craft a story, a child says, “Alexa, make a story,” and then answers prompts, the company explains in its blog post. The child selects from three themes: “space exploration,” “underwater” or “enchanted forest,” and then chooses the story’s hero, a color scheme and adjectives like “silly,” “happy” or “mysterious.” The AI then generates a five-to-ten-line story based on the answers. The story comes with a background image, animated objects, sound effects, background music and more. Amazon claims that the story will be different every time, even if the same child chooses the same exact prompts. Users can also save the story in their personal media gallery and replay it whenever they want. Soon, they’ll be able to share the story with their family and friends, Amazon added. Missing Attachment Nico Bishop, a UX designer, said that Alexa’s AI-assisted story creation would evolve over time. “Kids will want to be able to say, ‘I want to see a wall of chocolate,’ and soon we expect we’ll be able to do that,” Bishop said in a statement. She also noted that the company is working to improve graphic latency, sound effects and music capabilities. “We envision a world where anyone can bring their ideas to life in the form of digital creations just by using a few spoken words,” said Eshan Bhatnagar, head of product for Alexa AI. “And Alexa will be right with them, assisting them as their co-creator.” Some AI art systems like Stable Diffusion lack safeguards, making it easy for users to generate inappropriate artwork. However, Amazon’s “Create with Alexa” is targeted toward young kids, so there are content filters in place, Bhatnagar explained. And since it’s a child-directed Alexa feature, a parent needs to enable it on the device before their child can use it. Amazon’s new Alexa feature uses AI to create animated kids’ stories on Echo Show by Lauren Forristal originally published on TechCrunch