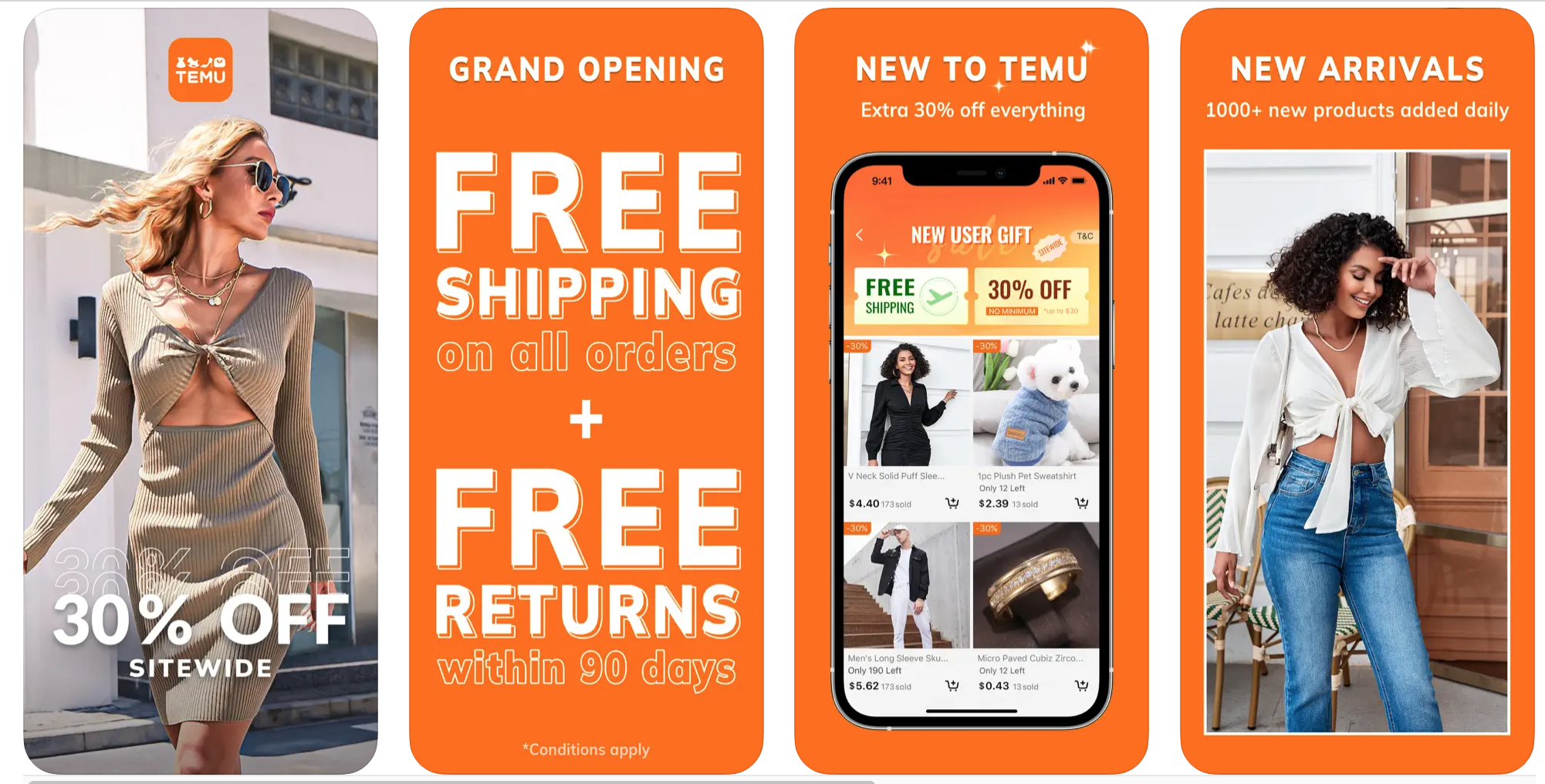 The company’s overseas shopping app, called Temu, briefly claimed the top spot of Android shopping apps in the U.S. in mid-September before dipping to No. 15 this week, according to app analytics platform Data.ai. The rankings indicate new downloads, so it’s hard to gauge the app’s user retention and activeness. At a glance, Temu doesn’t look much different from other e-commerce platforms exporting cheap goods from China, like Amazon, Alibaba’s AliExpress, or Wish. Its landing page features a dazzling collection of competitively priced products, from a $2.77 blouse to a $1.39 soap holder. Pinduoduo is relatively late to the cross-border e-commerce scene. In nearly every major market outside China, one can find an online retailer importing goods directly from Chinese vendors or manufacturers. Alibaba-owned Lazada and Tencent-backed Shopee enjoy a strong foothold in Southeast Asia. AliExpress is a popular option in Russia. Shein, the fast fashion e-commerce site with an expanding product category, is the go-to shopping app for youngsters across Europe and the U.S. Temu’s edge over its competitors could be its extensive connections with factories in China. Founded in 2015, Pinduoduo quickly rose to challenge the dominance of Alibaba, which started out more than a decade before it. The company’s meteoric rise has been credited to a clever strategy of connecting manufacturers directly with consumers, cutting out middlemen costs and eventually allowing it to price products at much lower prices than rivals reliant on layers of distributors. It seems that Pinduoduo will continue to play to its strength as it goes overseas. Just this week, the firm announced that it will invest “tens of millions of RMB” in “cultivating 100 export-oriented brands.” In doing so, the initiative aims to help 10,000 domestic manufacturers sell globally. Temu has a headstart in sourcing products thanks to Pinduoduo’s supply chain resources, but it might struggle to replicate the success of the user acquisition strategy that enabled Pinduoduo’s rapid growth back home. In its early years, Pinduoduo depended heavily on its investor Tencent’s WeChat app where users shared deals with friends to get product discounts. The setup worked because WeChat has morphed well beyond being a messenger app, with a built-in mini app ecosystem that integrates seamlessly with its social features, a user scenario that’s missing in Western equivalents such as WhatsApp. Temu could also face the same set of challenges that troubles Shein. The fast fashion upstart has been repeatedly slammed for its opaque supply chain practices and accused of infringing on intellectual property. In 2019, the U.S. added Pinduoduo to its notorious blacklist over suspected counterfeits, though the company has pledged to crack down on counterfeits. Amazon’s latest challenger is China’s online dollar store Pinduoduo by Rita Liao originally published on TechCrunch