Amazon’s big NFL bet is an early win for Prime 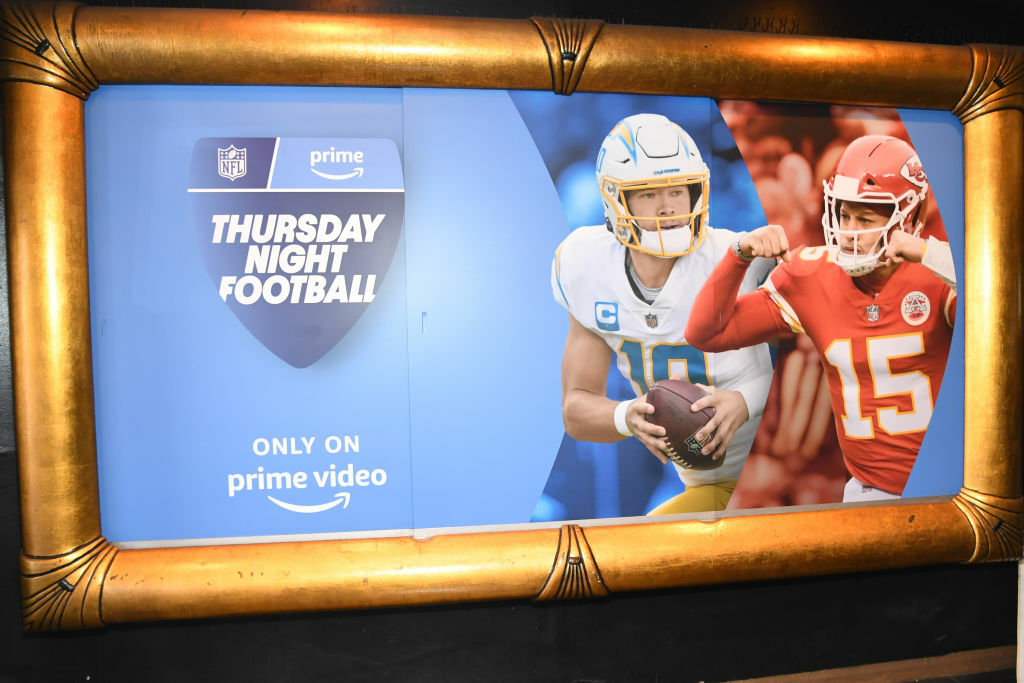 Big surprise: People like football!That’s perhaps the biggest takeaway in the aftermath of Amazon’s first real NFL stream, which happened last Thursday night. A huge early season matchup between a couple of Super Bowl contenders — the Kansas City Chiefs and Los Angeles Chargers — became the first regular season NFL game to be streamed exclusively via Amazon Prime (or any streaming service, for that matter). Folks in the Kansas City and Los Angeles markets could watch it on over-the-air TV, but in the rest of the country, it was streaming-only. Amazon’s stream was a glitzy production with a slick animated intro, a brand new theme song, and two really good teams that produced a super entertaining (and close) game. And, according to the closest thing we have to real metrics, it was a success for Amazon.

According to an internal memo from Prime Video vice president and global head of sports Jay Marine, the Chiefs-Chargers game looked good for Amazon on two fronts. First, it was supposedly the “most watched night of primetime in the U.S.” in Prime Video’s history. Second, it provided the most sign-ups in a three-hour period Amazon Prime (which costs $140/year) has ever seen. For reference, Prime already had about 200 million global subscribers before all of this, and that’s as of last year. Since these Prime subscription stats were shared by Amazon itself, you should take them with a grain of salt. These are, of course, handpicked metrics that don’t include specific numbers, like exactly how many people signed up on Thursday night. They may not be wrong or false, but they don’t tell the whole story, and nothing will until Nielsen provides its official ratings. Those have not been published at the time of writing. Tweet may have been deleted (opens in a new tab) There’s some additional context to consider. For starters, this was the first regular season NFL game that was exclusive to streaming for most Americans. Given how popular football is in the U.S., there could potentially be millions of people who realized that night that they needed Prime Video to see the game and signed up out of semi-desperation. I know I needed to have a long phone call with my dad to explain how he could watch the game, though he already had Prime Video at the ready.Obviously, everyone who feverishly signed up to watch football last week won’t need to do so again for the following 14 weeks of Thursday Night Football on Prime. Amazon won’t be able to boast about those subscription numbers every week. Still, even with this limited information, it’s clear that Amazon made the right call in paying $1 billion per year for the rights to one football game every week. Even if not everyone was happy with the stream quality. (It was mostly flawless for me.) Tweet may have been deleted (opens in a new tab)

A finger in every pie

images-1.fill_.size_2000x1334.v1663694811 It’s possible that Amazon’s Nielsen ratings will be somewhat low for the first TNF game. It would be hard to match or exceed the 17.9 million viewers that last season’s Chiefs-Chargers Thursday night thriller brought in on a combination of network and cable TV, per Sports Business Journal. But even if the numbers aren’t quite there now, Amazon has this deal for another 11 years. They will come in due time.And that’s fine because Amazon probably doesn’t care that much about raw viewership ratings, beyond what it needs to give to ad buyers. Each new Prime subscriber represents potentially $140 upfront for the company and Prime has become an essential service for many because of all the different perks it offers: free shipping, free grocery delivery, a large streaming library on Prime Video, access to Amazon Music and ad-free Twitch streams, and now one NFL game every week. If NFL fans prove to be sticky subscribers over the long haul and Amazon’s metrics keep going up, that could even impact the kinds of programming Amazon invests in for Prime Video. Not only could there be more original NFL programming outside of live games, but Amazon could eventually use the momentum to get the exclusive rights to even more sporting events. It’s not entirely unreasonable to imagine Prime Video becoming a sort of streaming-only sports network in its own right.The worst-case scenario for Amazon here might be that someone buys a Prime subscription and only uses it to watch football. It’s probably safe to assume that many of last week’s new subscribers will eventually use Prime for something else that Amazon will profit from in some way and plenty of folks will probably forget to unsubscribe, and will get charged again down the road. That’s the genius of Amazon’s approach, like it or not. It’s something Apple can’t replicate by airing baseball games on Apple TV+, which will never be a catch-all, go-to service for people like Prime has become. If even sports fans (a large demographic that loves spending money) are forced to buy into Prime, it’s hard to see how anything else can compete.Somehow, some way, even though he’s not in direct control of the company anymore, Jeff Bezos always finds a way to win.