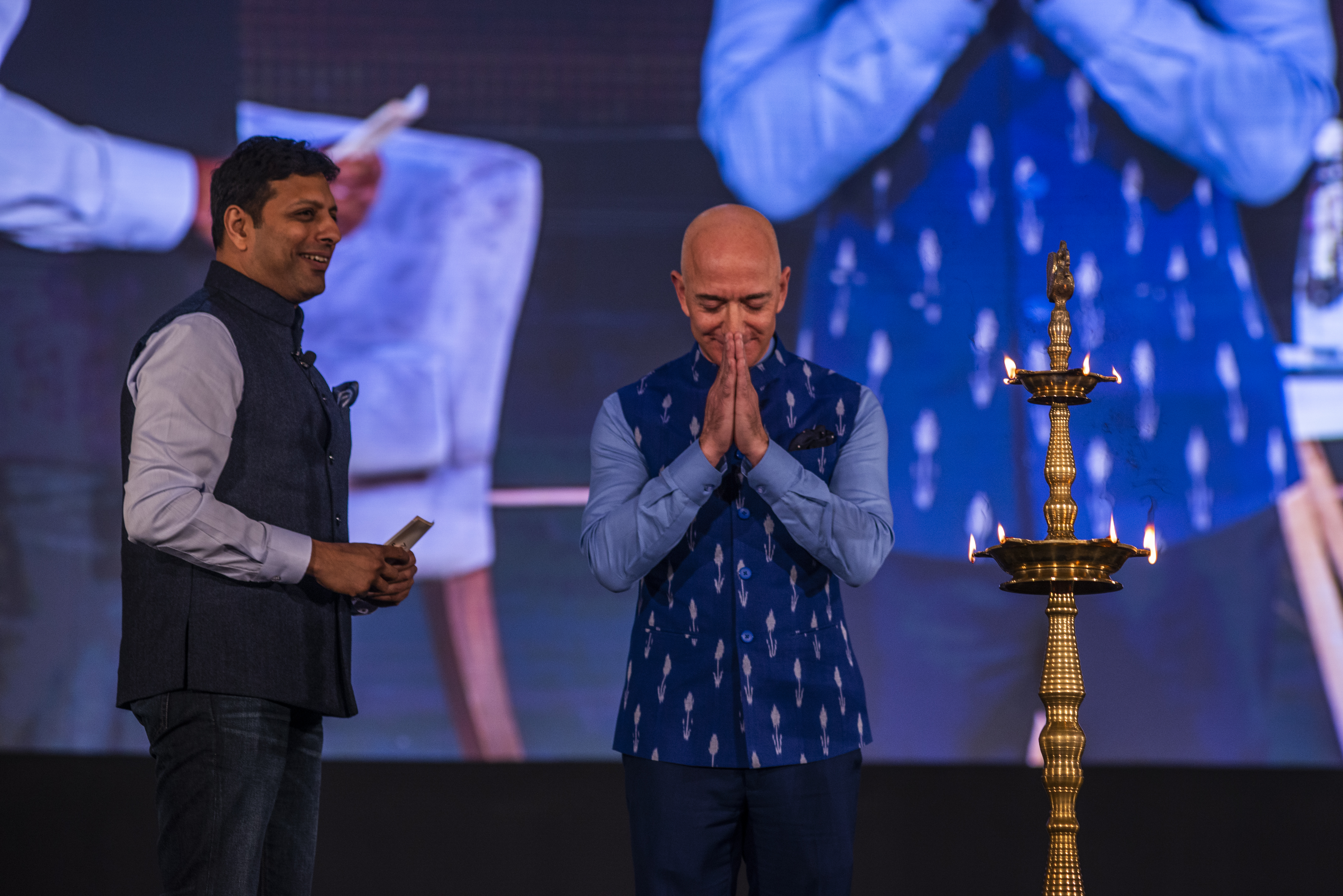 The American e-commerce giant said Monday that it is discontinuing Amazon Distribution, its wholesale e-commerce website available in small neighborhood stores in Bengaluru, Mysore and Hubli. “We don’t take these decisions lightly. We are discontinuing this programme in a phased manner to take care of current customers and partners,” a company spokesperson said in a statement. Amazon Distribution was designed to help kiranas, the neighborhood stores in India, pharmacies and department stores secure inventory from the e-commerce giant. “We offer a wide range of products at competitive prices and the convenience of next day delivery at your door-step. As a member, you can purchase thousands of items for resale at any time of the day at competitive prices and in bulk quantities, pay via the various payment options available, get GST bill for your order, and convenient and reliable door-step deliveries the next day,” the company describes on Amazon Distribution website. Amazon did not say why it was shutting down the wholesale distribution offering, but the move follows company shutting two other businesses — food delivery and online learning platform Academy — in the country amid a global restructuring of its business. The series of announcements have nonetheless prompted many to speculate that Amazon, which has deployed over $6.5 billion in its local business in the country, is slowly scaling down its operations in the South Asian market. The firm has seen several of its senior executives depart in recent months. India is a key overseas market for Amazon. But the company is lagging Walmart’s Flipkart and struggling to make inroads in smaller Indian cities and towns, according to a recent report by Sanford C. Bernstein. Amazon’s 2021 gross merchandise value in the country stood between $18 billion to $20 billion, lagging Flipkart’s $23 billion, the analysts said in a report to clients. Amazon also faces competition from billionaire Mukesh Ambani’s Reliance Retail, which launched grocery shopping on WhatsApp, and social commerce startups SoftBank-backed Meesho and Tiger Global-backed DealShare. It has so far offered “a weaker proposition in ‘new’ commerce” in the country, the report added. At stake is one of the world’s last great growth markets. The e-commerce spending in India, the world’s second largest internet market, is expected to double in size to over $130 billion by 2025. Amazon has been attempting to increase its presence in India through stakes in local firms and has also aggressively explored partnerships with neighborhood stores. The company attempted to acquire Future Retail, India’s second largest retail chain, but was outwitted by Ambani’s firm. (Amazon accused the estranged Indian partner and Reliance of fraud in newspaper ads.) Amazon did not immediately say if it plans to close any other business line in the country. Amazon shutting down wholesale distribution in third business exit in India by Manish Singh originally published on TechCrunch