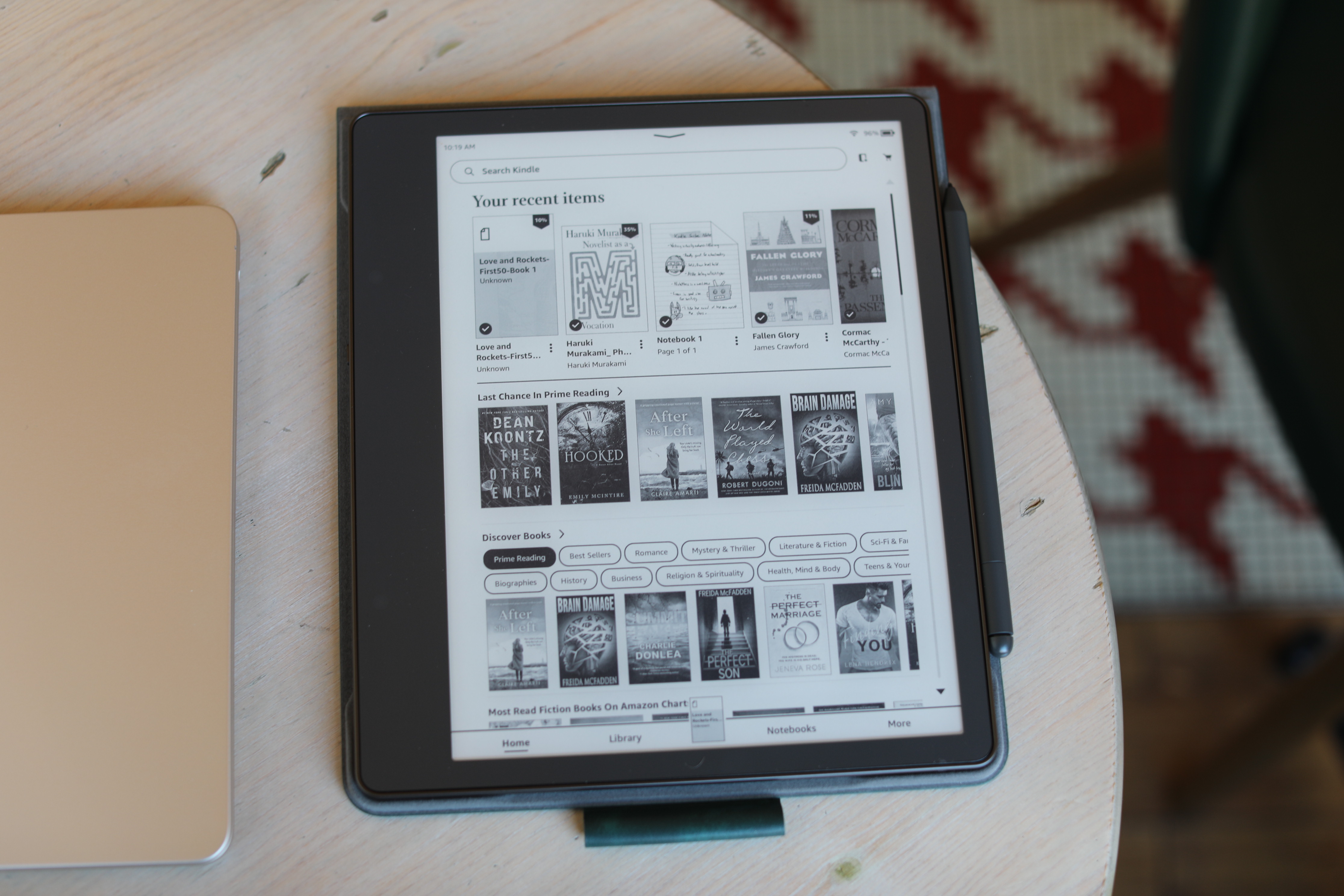 Our first foray into devices was the Kindle, released in 2007. It was not the most sophisticated industrial design (it was creamy white in color and the corners were uncomfortable for some people to hold), but revolutionary because it offered customers the ability to download any of over 90,000 books (now millions) in 60 seconds—and we got better and faster at building attractive designs.

In the context of the letter, the device is simply a prelude. It’s the first step into a world that would include tablets, an army of smart home products, wearables and one ill-fated smartphone. It’s kind of perfect, really, for a product line that conquered the world and then took a backseat to the rest of Amazon’s offerings. Before the September Kindle Scribe announcement, the line hadn’t received a SKU since the 2016 arrival of the premium Oasis. Sure, there have been refreshes over the years, but not even those have arrived with any sort of regularity. Prior to the long-awaited Paperwhite update that brought USB-C to the line roughly this time last year, Amazon hadn’t announced a single device refresh since summer 2019. CMC_4034 Can you blame them? For starters, people keep their readers around for a long time. The batteries last forever, and they’re rarely subject to the same sort of daily abuse as our smartphones. Even more importantly, while Amazon’s isn’t the only game in town exactly, it sure feels like it sometimes. Sony, the one-time maker of very good readers, tapped out for good in 2014. Barnes & Noble — while not out of the Nook business entirely — seems to only exist to drop a minor refresh every few years, so don’t forget about it entirely. Here in North America, Kobo presents the closest thing to actual competition for Amazon’s e-reader dominance. The Canadian-founded, Japanese-owned firm makes good readers that can hold their own against the Kindle, but Amazon utterly dominates the marketshare here in the States. Granted, these numbers are old (from 2018), but this study puts Amazon at a >80% marketshare in the U.S. If the iPhone commanded that much of the market, do you really think Apple would be falling over itself to present a major update each year? But Amazon’s September device event brought two surprises. First, the entire thing was far more subdued than past years, with fewer products being announced. Of course, Amazon’s not alone in slowing down its product inventory ahead of uncertain times, and subsequent layoffs in the company’s devices division seem to point to that trend maintaining for the foreseeable future. CMC_4022 Second, we got a new Kindle. Not an update to an existing Kindle, mind. A genuinely new product — and really, an entirely new product category for the line. For the duration of the Kindle’s life, it’s been a content consumption machine. It’s a place to read what other people have written. And while it’s understandable that the company dropped the physical keyboard found in its earliest iterations, the E Ink touch screen has been more miss than hit when it comes to typing. The Scribe adds a seemingly simple feature that users have no doubt been requesting for the better part of a decade: pen-based writing. I spoke with the company ahead of the official announcement, and here’s where I landed with regards to why it took so long to implement:

The company says the fact that it didn’t launch a Kindle with this functionality earlier isn’t for lack of trying. Rather, it was important it get the tech right, while maintaining key features like front lighting and the line-wide 300 ppi display (compared to 226 on the reMarkable 2). Given the $90 price bump over the previously most expensive Kindle (Oasis), it certainly makes sense that the company would want to maintain those line-wide features. Amazon says it worked with E Ink Holdings (EIH) on the display, which it then customized to hit those specs.