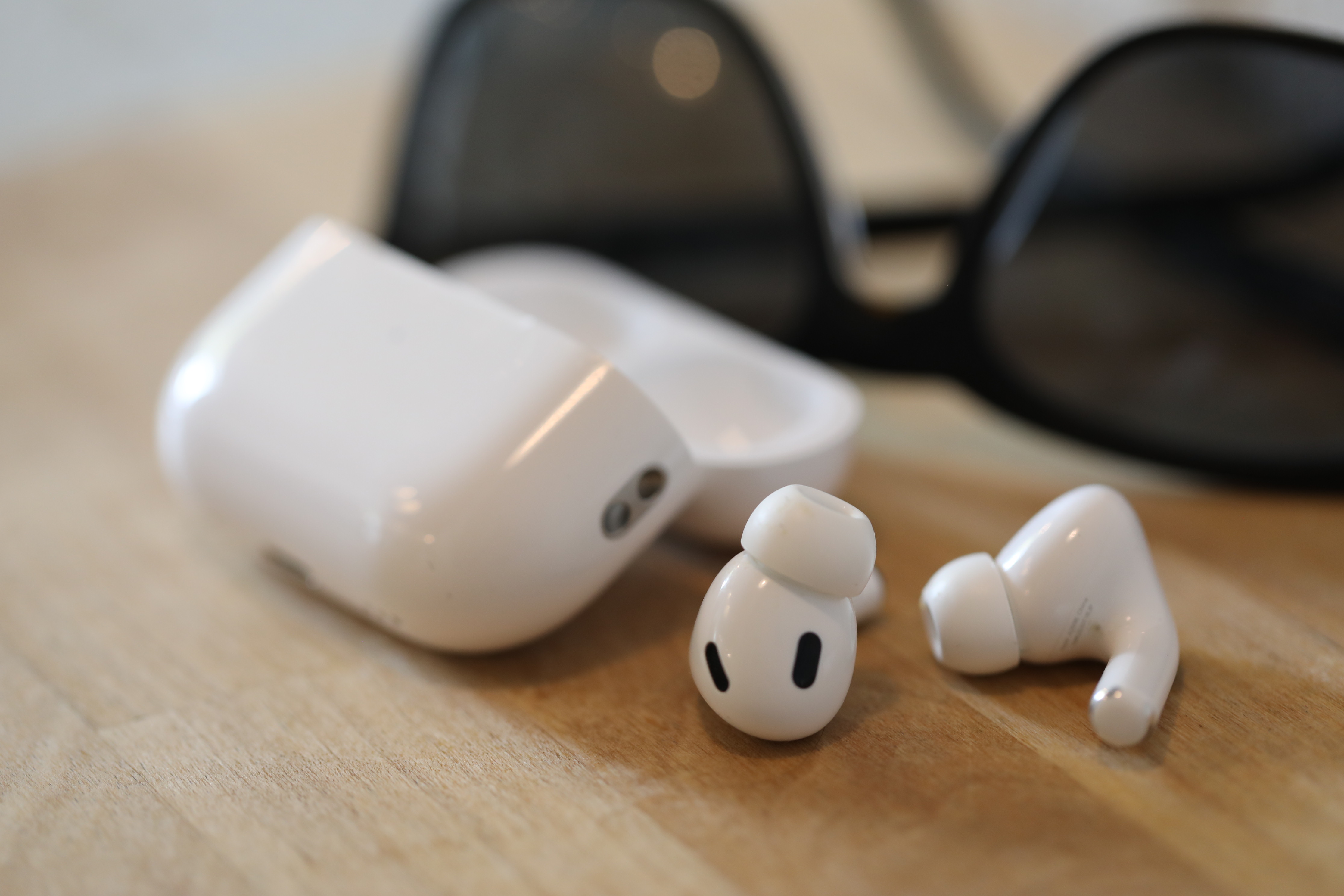 The brand-new H2 chip carries out more functions than ever, using computational algorithms to deliver even smarter noise cancellation, superior three-dimensional sound, and more efficient battery life — all at once.

That includes Spatial Audio. Apple’s been pushing the feature for a while now, though this time out it gets a brand new setup process in the iPhone’s settings menu along with the standard ear tip fit offering. The customizable version of Spatial Audio features a setup process similar to that of Face ID. It will walk you through the process of identifying your ear shapes to offer a better experience. CMC_3718 I will come right out and say that I’m still not sold on Spatial Audio. It’s a novel experience for things like Apple TV and Music, mimicking the effect of a real-world sound source. Rarely, however, do I find that it does much to enhance the experience of music listening. Instead, I’ve been long convinced that Apple is working to lay the groundwork for a fuller mixed reality experience — and a number of companies have joined that cause. What the new Pros don’t offer, however, is high-res audio. While Apple Music supports lossless audio via the ALAC codec, the company believes that — despite claims from companies like Samsung and Sony — the current Bluetooth standard isn’t capable of delivering a consistently good experience. I will say, I do believe the Pros’ audio experience as it currently stands will be plenty good enough for most people in most situations. CMC_3702 The most welcome change of all just might be the speakers on the charging case. The three small holes to the side of the Lightning port bring some cool functionality. For starters, you get a single note chime when charging starts and another when it hits 100%. The biggest trick, however, is the ability to play a sound when attempting to locate a lost case. The buds were already able to do so, because they — obviously — have their own built-in speakers. CMC_3692 If your case went missing, however, your fortunes were left entirely to the AR Find My app, which sometimes falls short in close quarters. Now each bud and the case can send out a sound, individually. Fair warning, it’s high-pitched and downright ear-piecing (out of necessity). I just fired it up and my ears are still ringing (my rabbit is very much not a fan). Hit Play Sound in the app and you get a series of six beeps, played three times. It’s extremely handy and arguably the best new feature. CMC_3703 The case offers four additional charges, bringing the combination up to a stated 30 hours of life — six more than their predecessors. Even with the H2 chip, I did run into the occasional connection issue — though thus far it’s nothing that turning Bluetooth on and off again can’t fix. The buds and case are rated IPX4, which means sweat and the occasional downpour won’t be an issue, but don’t like, wear them swimming or anything. Overall, the new Pros are, again, excellent. Some really welcome additions to one of the best pair of earbuds out there. At $249, the pricing is a bit steep, but these are a pair of headphones you’ll want with you for the long haul. AirPods Pro (2nd Gen) review: Welcome updates to Apple’s best buds by Brian Heater originally published on TechCrunch