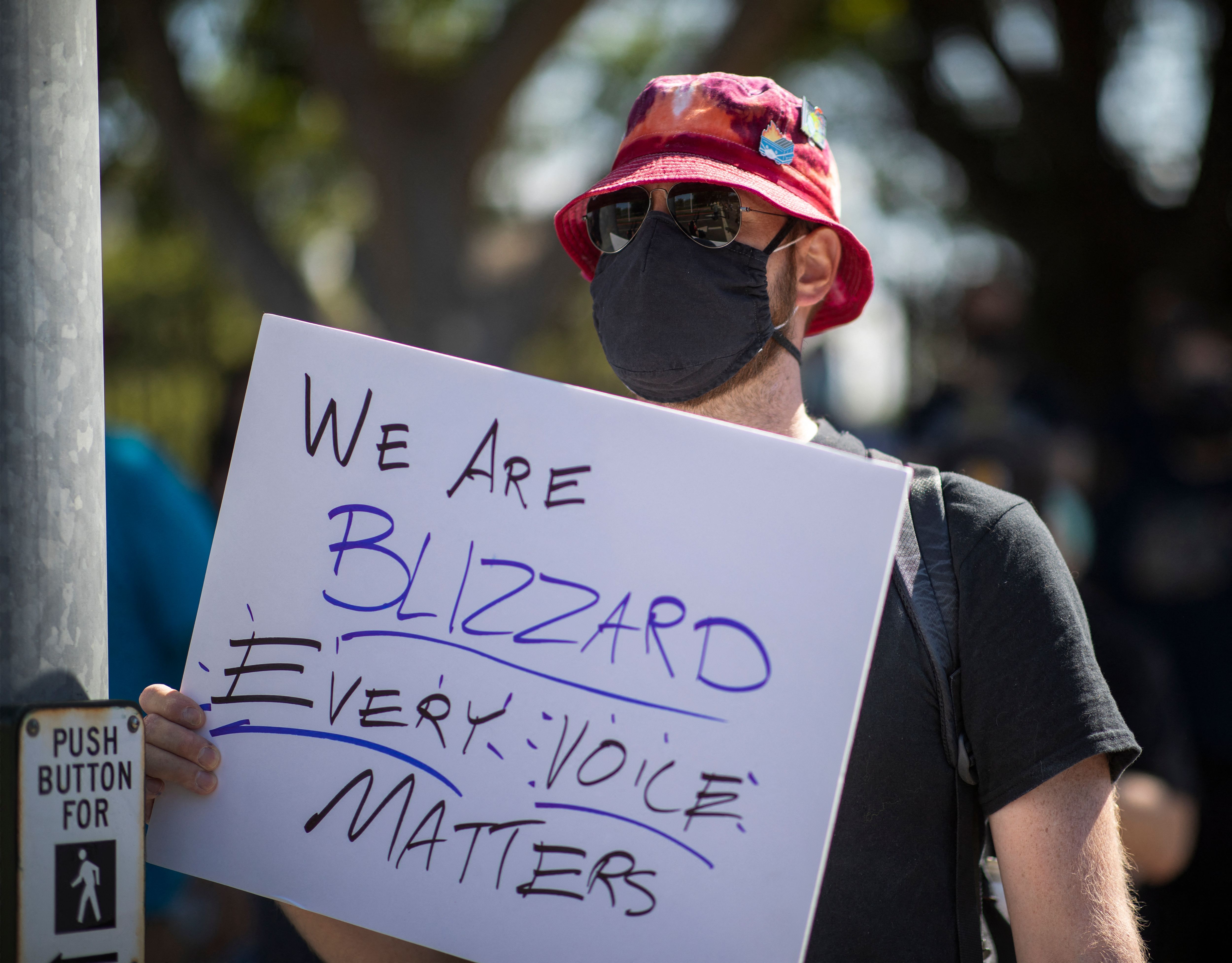 The quality assurance (QA) department at subsidiary Raven Software, who mostly work on “Call of Duty,” announced that they would form a union in January. Activision Blizzard sought to block the union, reasoning that the union only comprises the 28-employee QA department, while as a whole, Raven Software has around 230 employees. Regardless, the Raven Software QA testers, who operate under the name Game Workers Alliance (GWA), made history in May when their union vote passed 19-3. Now, the GWA is the first officially recognized union at a major U.S. gaming company. While the GWA was in the process of unionizing, Activision Blizzard converted about 1,100 QA contractors to full-time staffers and increased the minimum wage to $20 per hour. But workers at Raven Software, who are among the lowest paid in the studio, were denied these wage increases. Activision Blizzard claimed that, due to laws under the National Labor Relations Act (NLRA), the company wasn’t allowed to change the pay rate of its employees in the midst of a union effort. The Communication Workers of America, which represents the union, said that this was a disingenuous attempt at union busting. Now, the NLRB has officially ruled in the union’s favor, declaring that it was illegal for Activision Blizzard to withhold wages. The consequences of this finding will weigh into negotiations over a collective bargaining agreement between the GWA and Activision Blizzard. Despite formally winning union recognition, it can often take new unions over a year before coming to a contractual agreement with management. “Despite their best efforts, Activision’s constant attempts to undermine its workers’ and impede our union election have failed. We’re glad the NLRB recognized that Activision acted illegally when they unequally enforced policies by withholding company-wide benefits and wage increases from Raven workers for organizing,” the GWA said in an emailed statement. An Activision Blizzard spokesperson emailed a statement to TechCrunch: “Due to legal obligations under the NLRA requiring employers not to grant wage increases while an election was pending, we could not institute new pay initiatives at Raven because they would be brand new kinds of compensation changes, which had not been planned beforehand. This rule that employers should not grant these kinds of wage increases has been the law for many years.” Activision Blizzard is also facing scrutiny from the NLRB for the solicitation of grievances. Prior to the union vote, COO Daniel Alegre offered to fly to Wisconsin, where Raven Software is based, to speak with workers about their complaints. But this practice is barred by the NLRA, since it can lead to coercion. “This is not an accurate portrayal of events,” the company spokesperson told TechCrunch. “Although Raven QA was offered a non-mandatory opportunity to meet with Activision Blizzard leadership during an on-site visit, because some of the QA testers had previously requested a discussion with management, at no point was this framed as an opportunity to specifically address grievances. Furthermore, the offer was never taken, and no meeting ever occurred.” It’s been a rough few years for Activision Blizzard, even though Microsoft plans to buy the company for a whopping $68.7 billion. Following a two-year investigation, the state of California’s Department of Fair Employment and Housing filed a lawsuit against Activision Blizzard last summer, alleging that the company fostered a “‘frat boy’ workplace culture” and is “a breeding ground for harassment and discrimination against women.” Also, CEO Bobby Kotick reportedly knew for years about sexual misconduct and rape allegations at his company, but he did not act on that knowledge. Kotick has been rumored to step down amid ongoing SEC investigations and sexual harassment scandals in his company, but that may not happen until after the Microsoft acquisition closes in 2023, if at all. Activision Blizzard illegally withheld raises from unionizing workers, labor board finds by Amanda Silberling originally published on TechCrunch