A ‘Stripe for phone plans’: Gigs raises $20M to help any company be an MVNO 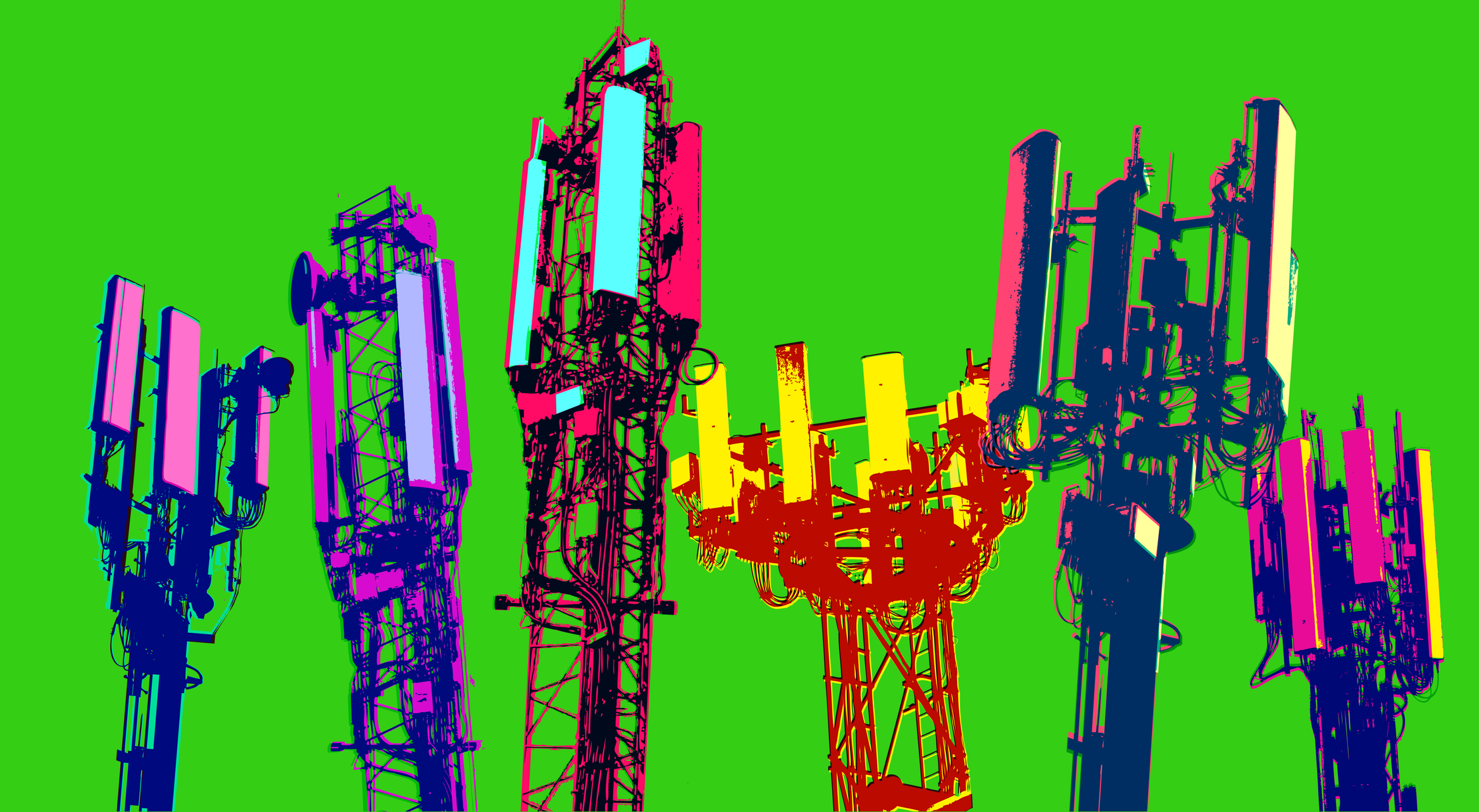 Gigs, which was founded out of Germany back in 2020 and pitches itself as the “Stripe for phone plans,” has largely flown under the radar until now. However, the Berlin-based startup did graduate Y Combinator’s accelerator program last year and has secured around $4 million in funding (via a convertible loan) prior to a $20 million series A round that it’s announcing today. In a nutshell, Gigs allows any company — be it a bank, ride-hailing company, or video-streaming service — to sell their mobile phone subscription plans (including data, SMS, and voice) to their customers. These plans are entirely customizable to a specific use-case, for example a retail chain might want to launch a full-featured mobile network with their own branding, or a 4G-enabled wearables manufacturer may want to monetize a data subscription on top of each physical unit they sell. Or, perhaps, a company’s HR department has decided that it wants to ship its own phone plans alongside their employees’ devices. What we’re talking about, of course, are mobile virtual network operators (MVNO), of which there are already plenty around the world. In the U.S., for example, there’s Google Fi which is built atop T-Mobile and U.S. Cellular, and Ryan Reynolds-backed Mint Mobile, which piggy backs off T-Mobile’s infrastructure. Elsewhere in the world, there’s Aldi Talk — a MVNO powered by German supermarket giant Aldi — which leans on Telefónica’s network in a handful of markets, while the U.K. counts dozens of MVNOs that lease spectrum from the country’s four main carriers.

MVNO in a box

But while it’s already possible for any company to become an MVNO, it’s typically an arduous and time-consuming process — one that ultimately offers little flexibility. And this is where Gigs enters the fray. Today, any entity that wants to offer phone plans (i.e. become an MVNO) would have to negotiate terms with the big telecom providers — in the U.S. these include AT&T, T-Mobile, and Verizon — which is not only a costly process to endure, but requires significant technical spadework involving network integrations and having to build software for managing user subscriptions. Gigs, on the other hand, brings together all the telecom operators’ APIs (application programming interfaces) into a single easy-to-access layer, lowering the barrier to entry. “With Gigs, companies will be able offer phone plans in any market they operate in at a significantly lower cost, all through the same integration within two-to-14 days,” Gigs CEO Hermann Frank explained to TechCrunch. “Ultimately, businesses can create their own mobile service that seamlessly fits their brand identity at least 20 times faster, simpler and cheaper by building on Gigs’s infrastructure.” Founders_300dpi Gigs is able to offer this through buying large volumes of data, voice, and SMS capacity, and then distributing this capacity as required by its customers in the markets they operate in — this works out cheaper than if a company was to negotiate prices just for their own needs. “We can then structure our own plans with our own pricing and create bespoke packages, depending on our customers needs,” Frank said. “We also have market-standard plans you would find on other carriers, which can simply be resold by our customers with an attractive margin.”

While Gigs offers traditional “physical” SIM cards as a white label product, the emergence of the modern embedded SIM (eSIM) card makes things simpler by allowing companies to provision virtual SIM cards in real time across any number of devices. The latest iPhones don’t even have a physical SIM card slot in the U.S. market, which is why Gigs has at least one eye on a future where it powers digital MVNOs with no physical footprint whatsoever. Indeed, the company currently enables eSIM activations through allowing the end-user to scan a simple QR code. And by supporting both SIM and eSIM, Gigs can effectively address 100% of the markets it to enters. “The process and hurdles of integrating with the carrier and being able to sell phone plans, as well as how we provision phone plans, is the same for both physical SIM and eSIM,” Frank explained. “[But] eSIM now makes the last step of having to put a physical card into a device obsolete, and hence smoothens the activation process.” GigsSIMs-e1663698702738 On top of the main API, the company also offers a software suite called Gigs Connect, which is basically a hosted checkout that’s “optimized for high end-user conversion,” according to Frank. This checkout can be embedded using a simple link that’s pasted into the customer’s product (e.g. an online store selling smartwatches). This is obviously in everyone’s interests — the easier it makes for its own customers to sell plans for smartphones, wearables or IoT devices, the more revenue both Gigs and its customers can make. [email protected] Separately, Gigs also offers a phone plan and device subscription management platform for SMBs called Gigs Teams, and a dashboard that gives customers a full view of all subscriptions, payments and analytics in a single interface. Gigs-Dashboard The ethos behind all of this is much the same as how fintech giant Stripe helps merchants sell online through serving the payments infrastructure via a simple suite of APIs, or even how Amazon Web Services (AWS) is now the default cloud computing infrastructure for millions. It’s all about the undifferentiated heavy-lifting — allowing companies to add value to their main product or service without losing focus of their core competencies. For Gigs, that means powering embeddable phone and data plans by abstracting away all the complexity that’s usually involved in becoming a global network operator, reducing it so just five API calls, according to Frank. “Gigs is creating the telecom-as-a-service category,” he said. “We are the first ones to do what Stripe did for payments or AWS did for hosting.”

The MVNO market was pegged as a $62 billion industry last year, a figure that’s predicted to reach more than $91 billion within five years. But that’s without factoring in a new breed of MVNO that can set up shop overnight, so it’s difficult to assess how large the addressable market really is. “Many companies from various industries we spoke to have thought about launching their own MVNO, or about acquiring an MVNO, often after having tried to set something up themselves with carriers for more than a year,” Frank said. “In theory, you can easily unlock new revenue streams with a MVNO, but the entry barriers — long negotiations with carriers, very high set-up costs and commitments — proved insurmountable for most businesses.” This is further complicated when a company wishes to launch its MVNO in multiple markets globally. “You would have to overcome the same barriers to entry in every single market, which will be a lengthy and highly costly process,” Frank continued. “With Gigs, you can manage all your connectivity needs in all markets through a single integration and start your own MVNO within days.” It’s also difficult to ignore Gigs’ stellar cast of investors. Aside from lead backer Gradient Ventures, YC has reinvested via its follow-on YC Continuity fund, while Uber CEO Dara Khosrowshahi has also thrown some cash into the post alongside DoorDash CEO Tony Xu, Instacart CEO Fidji Simo, and a slew of angel investors from across the technology landscape. This helps to highlight Gigs’ core target market, which will substantively be the U.S., even though it’s very much open for business in markets elsewhere. The company’s core API officially exits beta today, having so far been restricted to “select partners,” 70% of which are based in the U.S., 20% in Europe, and 10% in Asia. It’s also worth noting that as with just about every startup these days, Gigs is a remote-first company, with 30% of its headcount based in Germany, 30% in the U.S., 20% in the U.K., and 20% located in a smattering of countries around the world including Italy, Georgia, Greece, Switzerland, and South Africa. “Most of our team is American — either based in the U.S. or Americans based in Europe,” Frank explained. “The U.S. remains the most vital single market for most technology businesses, with the most diverse tech scene, and this is no different for Gigs.” A ‘Stripe for phone plans’: Gigs raises $20M to help any company be an MVNO by Paul Sawers originally published on TechCrunch