A big CES 2023 trend: all battery power, everywhere, all the time. 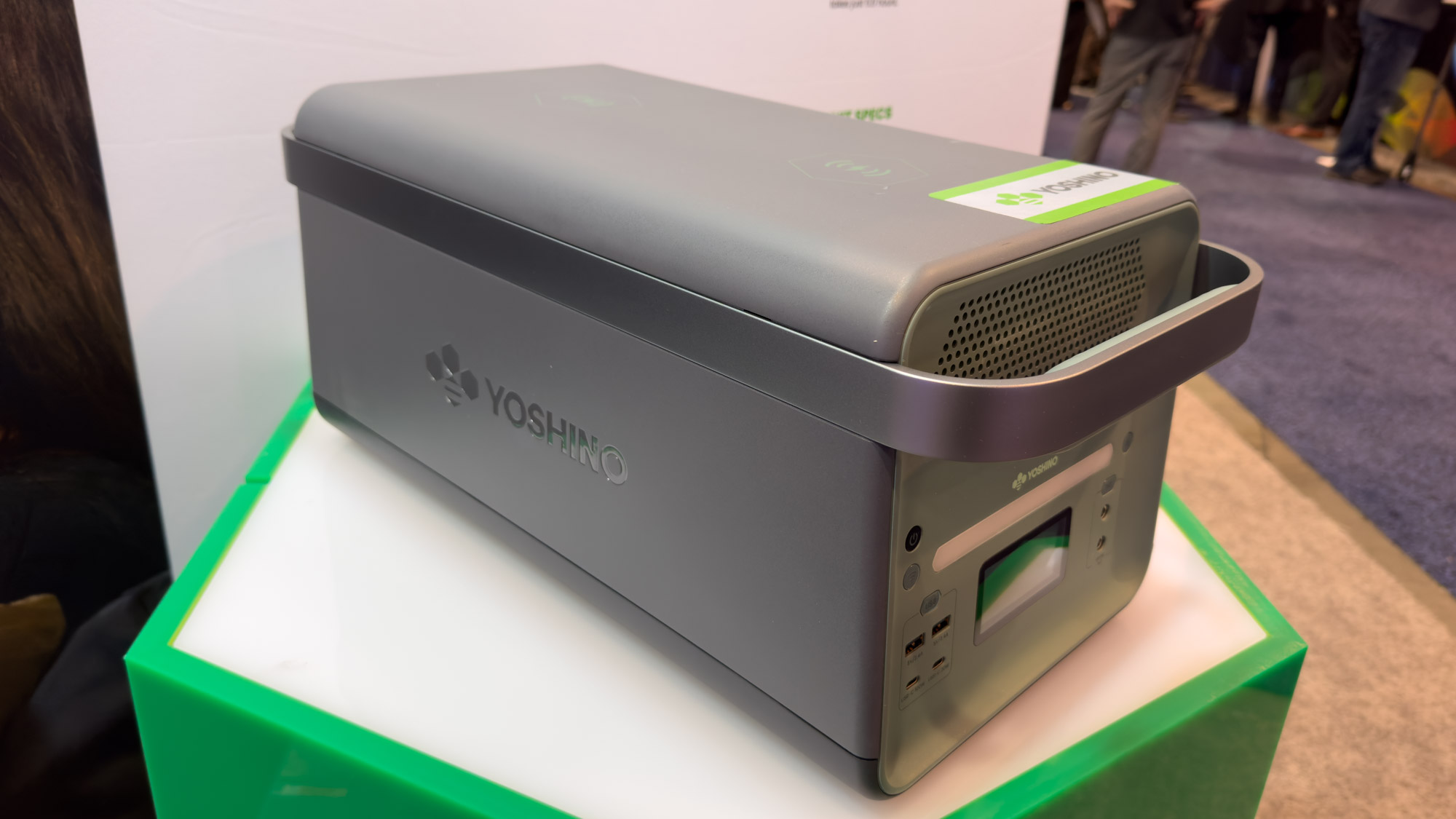 The smallest portable power stations usually come with a few 110v sockets and some USB sockets, and maybe a 12V car cigarette lighter port for small peripherals. From there, it can get pretty advanced; solid-state batteries, 240V power, wireless charging ports, the ability to plug in additional batteries and the option to be powered from a number of power sources, including mains power, solar, car chargers, and even the high-end rapid chargers designed for electric vehicles. It would be a complete fool’s errand to try to capture everything we saw at CES, but here are a few of the highlights:

IMG_2469-Large-1 EcoFlow came out of nowhere a few years ago, and has established itself as a very serious player in the portable power space. At CES, the company launched a battery powered fridge with ice maker, a portable, an updated version of its battery-powered air conditioning unit, and a number of other innovations. The biggest news this year, however, is that it is rolling out systems for full-house battery backup systems later this year.

20230105-IMG_2455-1 Yoshino‘s portable power stations are built around a new solid electrolyte, replacing the bulky and flammable liquid electrolyte found in most lithium batteries. The company told me that improves performance, offering higher energy density. In other words: the same amount of power fits into a smaller, lighter package compared to traditional lithium batteries. A representative for the company claimed you could shoot the battery pack with a gun without it catching fire. We didn’t have a gun with us to verify the claim. The company also suggests that the new batteries offer faster charging than the old chemistries, going up to 80% capacity in under an hour, and it claims up to twice the power per pound of traditional lithium batteries. Definitely one to keep an eye on. The power stations have oodles of ports, and the wireless charging pads on top of the power stations are a very nice touch.

20230105-IMG_2453 The biggest news from Bluetti was its full-house power in the form of the B300S and matching inverter series. In normal use, the mains power (or a solar array) keeps the batteries topped up. When the power goes out, the battery packs jump in, like an uninterruptible power supply for your whole house. You can either keep power to everything, or design two separate circuits; one with essential power circuits (your fridge, cooking, and heating/cooling, for example), and one with less essential circuits (say, your washing machine and EV).

Zendure-Large Zendure’s Superbase V really stretches the definition of what can be considered ‘portable’ Clocking in at a hefty 100 lbs of weight (46kg), at least it has a pull-out handle and motorized wheels to help you move it around. Once it’s in position, however, it can do just about everything – it has 6.4kWh built in. However, it also supports additional battery modules, for a maximum of 64kWh worth of storage available. Fully loaded out, that’s more than an entry-level Tesla Model 3 battery pack, and the company claims that’s enough to power a typical household for a week. Packing both 120V and 240V voltage, it can power both small appliances like a fridge, and larger home goods like induction cooktops and electric clothes dryers. Hell, with up to 12,000W of power, you can charge two electric cars with it at the same time, should you need to. The price starts at $3,100. Fully maxed out with four external batteries, you’re looking at a price tag north of $15,000.

Geneverse drives the prices down

Geneverse-homestyle-2 Geneverse has broad distribution in the US, being available at Walmart, Home Depot, Lowe’s, Costco, Sam’s Club, and online. It’s easy to see why: The company launched two new power stations. The HomePower One has 1,210Wh of capacity, 1,200W of rated power and 2,400W of surge power, while its bigger brother, the HomePower Two packs 2,419Wh of capacity, 2,200W of rated power and 4,400W of surge power. Both have three 120V outlets, two 100W USB-C outputs, and two USB-A quickcharge sockets. None of these stats really move the needle – but the price point does. The smaller power station costs $1,500, and the bigger one is $2,500. You can add two or four solar panels to the power stations, respectively, bringing the price tag to $2,600 or $4,800. With prices like that, at-home backup power is starting to come into range for most home owners. The company didn’t skimp on the batteries either, opting for the ultra-high efficiency LFP/ LiFePO4 (Lithium iron phosphate) battery tech. These are very safe indeed, and provide a lifespan of around 3,000 charge cycles.

Schneider signals that battery storage is here to stay

Schneider-Large We’ve seen a number of startups in the smart home panel space for a while. What’s new, is that the big boys are joining the fun. Energy giant Schneider Electric entering the frey shows that battery power storage for the home is really starting to hit mainstream. Why is this a big deal? Around 40% of all homes already rely on the brand for its main breaker panels and other key components for the home electric. App-controllable, the company launched a brand new energy management solution for home batteries, including a high-power solar inverter, smart electrical panels, EV chargers, along with a slew of additional features. It even picked up a CES Innovation Award for its troubles along the way. Seeing more large power-supply companies entering the market with fully integrated solutions means that the whole industry is well and truly off to the races. Not exactly the sort of thing you can install yourself, but a harbinger of things to come in the near and medium future. ces-2023-banner-74 A big CES 2023 trend: all battery power, everywhere, all the time. by Haje Jan Kamps originally published on TechCrunch